I am the boy in the photo!

I regularly show my street photo work on my Instagram channel. In December 2022 I posted quite an old picture I made in rural Spain in the village of Combarro in the province of Galicia in 1990. My eye was hit my the huge yellow pumpkin and the chatty group of locals sitting on a bench, reading the news and talking to each other. This picture sat in my archive for 32 years before I decided to publish it. It took only a short amount of time until I received the below direct message via Instagram, which blew me off my chair: “I AM THE BOY IN THE PHOTO!”. Quite unbelievable: without knowing or following me before, the boy on the right named Miguel Fontan discovered himself and his sister Melanie after 32 years! Can you believe that? He also wrote to me that he was involved in the local Muséo Combarro, a local organization collecting old photographs and documenting the heritage of their village, asking me if I possibly had more vintage pictures in my archive. I went through my slides and found two other pics, one of them showing a lady hanging the washing under one of these Hórreos so typical for this part of Galicia. Of course I was happy to donate my three-picture set to their local museum. And guess what he replied to me – you can see the message below at the end of the gallery: “The woman who is under the granary hanging clothes is my mother.”. CAN YOU BELIEVE THAT double-coincidence? Not only discovered he himself and his sister after more than three decades – I also made a photograph of his mother on that same day, by pure coincidence.

Today, Miguel is running a restaurant in Combarro, Melanie, his sister, operates a souvenir shop – by the way exactly in the same building their former neighbors are leaning to on their bench.

I guess this is a story that only the magic of street photography can tell. 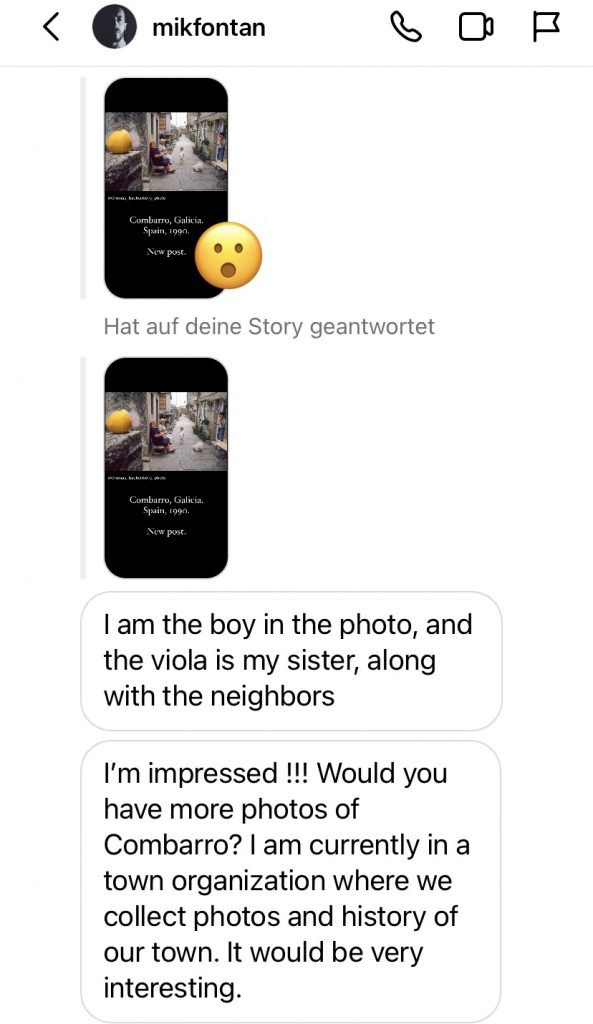 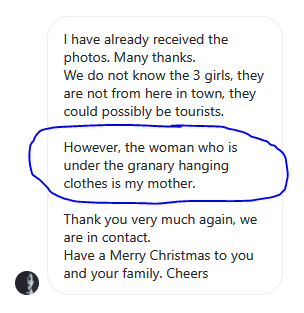